Denim Tweed Jackets: Everything You Need to Know 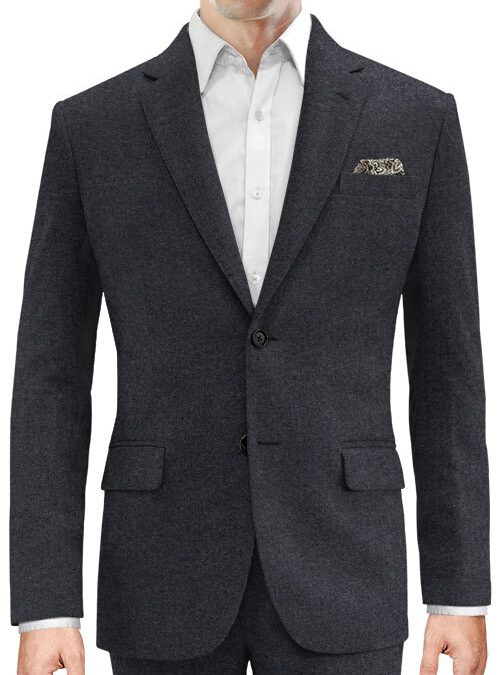 Has your preferred jacket reached the end of its life? Jackets don’t last forever. After wearing a given jacket for multiple consecutive years, it may degrade to the point where it needs replacing. Rather than buying an ordinary jacket with which to replace it, though, you may want to choose a denim tweed jacket. Denim tweed jackets offer the perfect combination of aesthetics, comfort and durability. With these qualities, they’ve become a popular alternative to traditional jackets.

What Is a Denim Tweed Jacket?

Based on the name alone, you may assume that denim tweed jackets are made of both denim and tweed. The truth, however, is that most of them are made of wool. Wool, of course, is the main material from which tweed is made. Tweed is defined as a woolen material with a twill or herringbone weaving pattern. Denim, conversely, is a warp-faced material consisting of cotton. Different manufacturers use different materials to make their denim tweed jackets, but wool is the most common.

As previously mentioned, denim tweed jackets are typically made of wool. They feature a woolen construction that differentiates them from their all-denim counterparts. Denim consists of cotton with a warp-faced weaving pattern. The warp-faced material is then used to make denim jackets, jeans and other denim garments. Denim tweed jackets, on the other hand, are typically made of wool. Both denim and wool are organic materials, but there are nuances between them.

Denim tweed jackets are long-lasting. They offer a durable construction that’s able to withstand the hands of time. The same can’t be said for other types of jackets, which often have a shorter lifespan. If you’re tired of buying new jackets, only to discover that they’ve become damaged just a few months after wearing them, you may want to invest in a denim tweed jacket. Denim tweed ackets are warm, comfortable and long-lasting.

If you’re going to buy a denim tweed jacket, there are a few things you should know. Like most jackets, they are available in different button configurations. Nearly all denim tweed jackets have buttons on the front. With that said, the number of buttons, as well as the areas in which they are placed, may vary.

Don’t forget to choose a denim tweed jacket in the right size. If it’s doesn’t fit, you probably won’t get much use out of it. Jackets that are undersized or oversized have an awkward appearance. More importantly, they can be uncomfortable. You can avoid these problems, though, by investing in a custom-sized denim tweed jacket.