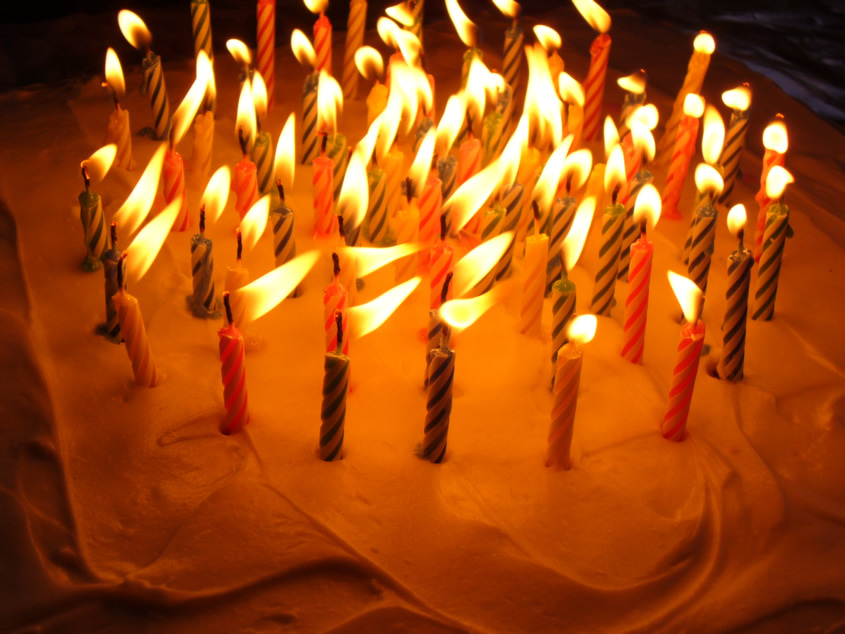 May 20 isn’t just another ‘spring’ day. It’s also the birthdate of blue jeans (we’re not kidding). Exactly 142 years ago to this day, Levi Strauss and his business partner Jacob Davis were granted a patent for copper-riveted trousers, which later became known as blue jeans. This sparked a growing trend in which men and women of all ages were eager to buy and wear blue jeans.

Blue jeans are now the most commonly worn type of pants in the world, and for good reason: they are comfortable, stylish, durable, and can be worn for a variety of different occasions. You can even dress up a pair of jeans for formal occasions simply by pairing them with the right shirt, jacket and pair of shoes. But let’s take a few steps back to reflect blue jeans and how they came to be such as iconic fashion item.

Levi Strauss — the proclaimed inventor of the blue jeans — wasn’t some experienced fashion designer, nor did have any special garment-making skills. Instead, he was a savvy businessman and entrepreneur, which he expressed by capitalizing on California’s Gold Rush. Strauss opened a small shop in which he sold supplies to gold prospectors.

Reports indicate that one of Strauss’ customers, Jacob Davis, often purchased cloth fabric to make trousers for railroad workers. These trousers were stronger and more durable than other trousers, allowing them to stand up under the stress of railroad work. Here’s the problem, though: Davis didn’t have the time nor the financial means to continue producing these trousers, so approached Strauss with a proposition: the two would patent Davis’ trouser idea and begin selling them through Strauss’ store.

On May 20, 1873, Strauss was granted a patent for fastened pocket openings.

“My invention relates to a fastening for pocket-openings, whereby; the sewed seams are prevented from ripping or starting from frequent pressure or strain thereon; and it consists in the employment of a metal rivet or eyelet at each edge of the pocket-opening, to prevent the rippingof the seam at those points. The rivet or eyelet is so fastened in the seam as to bind the two parts of cloth which the seam unites together, so that it shall prevent the strain or pressure from coming upon the thread with which the seam is sewed,” wrote the patent.

Blue jeans have changed since then, but the underlying principle remains the same. They continue to offer an exceptional level of durability when compared to other trousers.